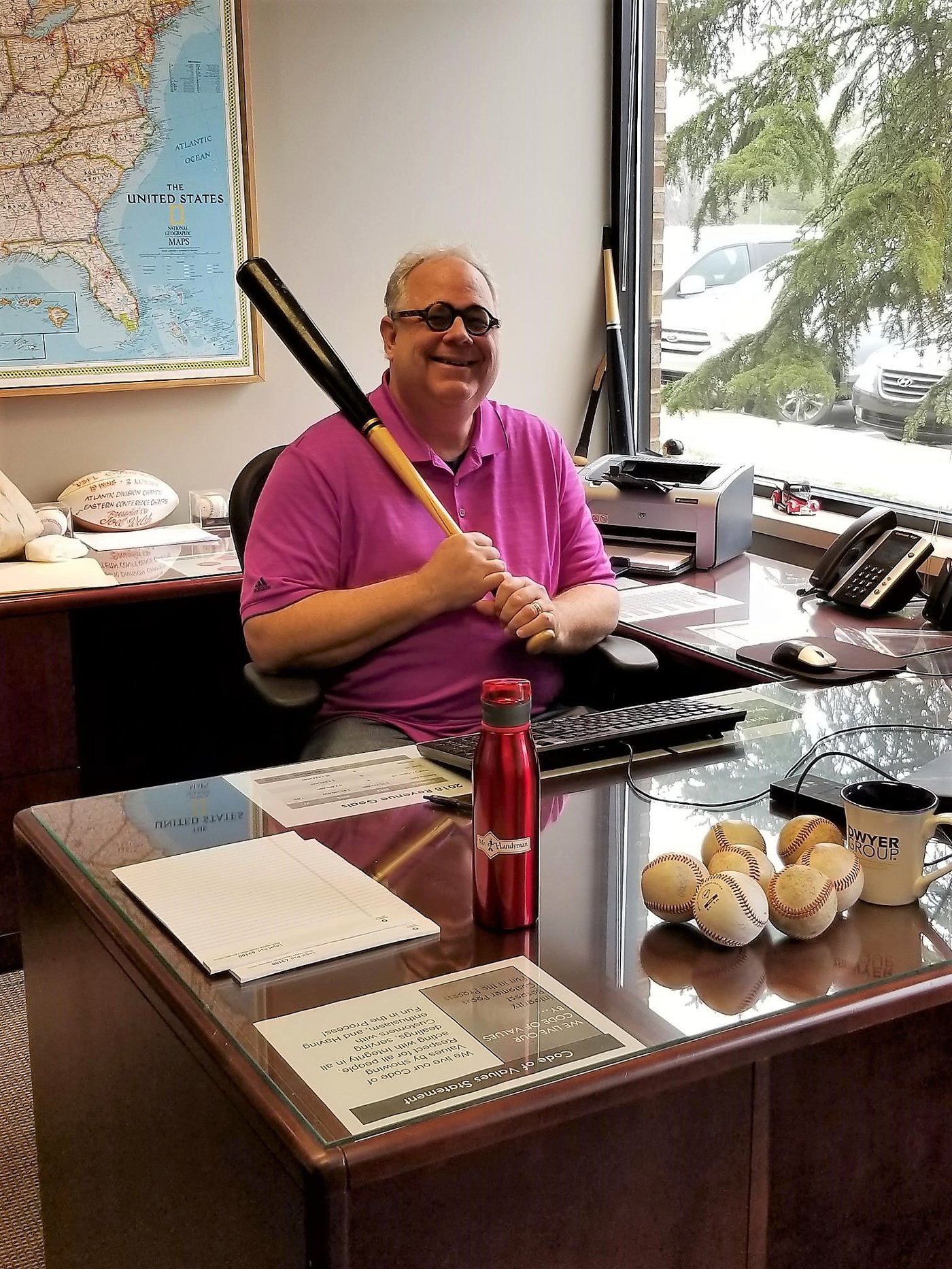 A Mr. Handyman executive points out and revels in the similarities between America’s pastime and running a successful franchise.

On and off the baseball diamond, Joel Welsh still enjoys playing hardball. Joel Welsh, V.P. of Operations at Mr. Handyman, in his office at the Dwyer Group Ann Arbor campus.

The Vice President of Operations for Mr. Handyman is soaking up the start of baseball season. His office in Ann Arbor, Michigan, boasts a computer and other office necessities, along with several broken bats. They are souvenirs of Welsh’s after-hours passion, playing hardball in a men’s baseball league. Welsh, 57, says his love of baseball—and the strategies behind the game—apply to franchising, too.

He offers these takeaways:

Welsh, who has had two hip replacements and a knee replacement, doesn’t plan to hang up his cleats anytime soon.

What keeps him going on the diamond and at Dwyer Group?

He cites the movie “A League of Their Own,” about women playing baseball in the 1940s. Geena Davis portrays standout player Dottie Hinson, who tells her manager (Tom Hanks) that she wants to leave the team and join her husband as he returns home from the war.

“It just got too hard,” Hinson says. The manager replies: “It's supposed to be hard. If it wasn't hard, everyone would do it. The ‘hard’ is what makes it great.”

Welsh says that exchange “applies to anything in life—and certainly in the franchise business.”

Open a Franchise in Chi-Town