7 Ways Successful People Unplug from Technology and Why

Americans touch their phones more than 2,600 times a day. Disconnecting from tech devices after hours gets rave reviews—from folks who can do it.

Former “phone fanatics” say that, having kicked the habit, they sleep better, are more creative and enjoy more quality time with family and friends.

Is it possible to unplug from technology without a support group? It’s crucial for entrepreneurs, many of whom pride themselves on their relentless drive and work ethic. Mental health professionals and others say the belief that bosses—and employees—must be available 24/7 isn’t healthy.

It’s a dangerous misconception, says Arianna Huffington, founder of The Huffington Post. In 2007, the media mogul collapsed in her office and was found in a pool of blood. She suffered a fractured cheekbone.

“My collapse was definitely my wake-up call,” says Huffington, 67, who had experienced years of 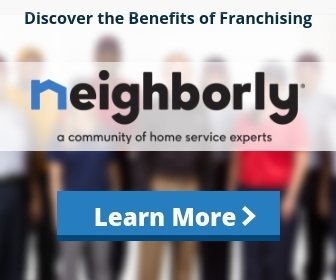 sleep deprivation and overworking. “[W]hen I'm exhausted and running on empty, I'm the worst version of myself," she says, adding that she’s more reactive, less empathetic and less creative when going on insufficient sleep.

The prime culprit in today’s frenetic phenomenon is an inability or unwillingness to turn off technology, says Dan Rollman, one of the founders of the National Day of Unplugging. The observance—also called “The Sabbath Manifesto”— began in 2010 by a group of Jewish artists who felt they needed a 24-hour reprieve from technology, similar to a Sabbath.

“[It’s] designed to slow down lives in an increasingly hectic world,” says the group’s website. The global initiative helps “connect with ourselves, our loved ones and our communities in real time.”

Rollman’s initiative has supporting evidence. CNBC.com reports that Americans touch their phones some 2,600 times a day.

Franchisees who seek a better work-life balance might consider the following tips for disconnecting from technology:

Are you willing to try any of these recommendations? Feel free to add a comment below.

Not Just a Catchphrase: What Industry-Leading Franchise Support Should Really Mean