Thanks to an article picked up by Reality TV World in Canada, we've learned another great story about a Mr. Rooter plumber going above and beyond the call of duty.  Is it a coincidence that it happened on World Animal Day?  You decide.  See what Robert Plantic discovered on his way to a routine call in Toronto.

Polly needed more than a cracker!  These birds needed a lift and a home, and they got both.  Robert Plantic, a plumber with Mr. Rooter of Greater Toronto, came upon two Cinnamon Conure Parrots (similar to the one in the photo) while driving along the highway, and knew they wouldn't survive if he left them there. So what did he do?  He scooped them up and took them to a nearby veterinarian.  Read the full story of how Plantic and the birds eventually wound up together, and how they have become popular with other Mr. Rooter businesses. 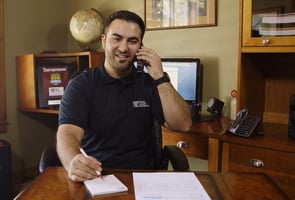