You’ve got to think about purchasing one of our Dryer Vent Wizard franchise opportunities in Southern California! Consider the possibilities:

Those statistics don’t even take into consideration the hundreds upon hundreds of high-end restaurants – which also need napkins and tablecloths washed and dried regularly – located in and around the waves of Malibu, the slopes of Big Bear Mountain and the golf courses of Palm Springs.

In other words, when it comes to opening a home-based business and franchising with Dryer Vent Wizard, you are sitting on a veritable gold mine!

Housing prices can vary widely, depending to how close to the coast a home is. Homes in Riverside County (which includes the desert town of Palm Springs) have a median value of $345,000. Compare that to the $550,000 median price of a home in Los Angeles, or the $525,000 median price in San Diego County and the absolutely whopping median price of $675,000 in Orange County.

Bottom line? While housing affordability is a major concern in the region, many people have very high household incomes. Meaning many have the income to afford professional dryer vent cleaning services!

Southern California residents wishing to open a franchise in Orange County, start a business in L.A. or who are looking at San Diego franchise opportunities should take a long look at our Dryer Vent Wizard available opportunities: 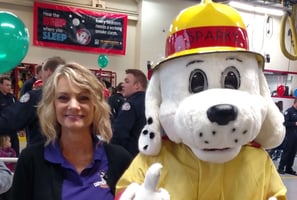